The Fresh Prince of Lame Apologies. . .

Elton John’s Sorry Seems To Be The Hardest Word is […] 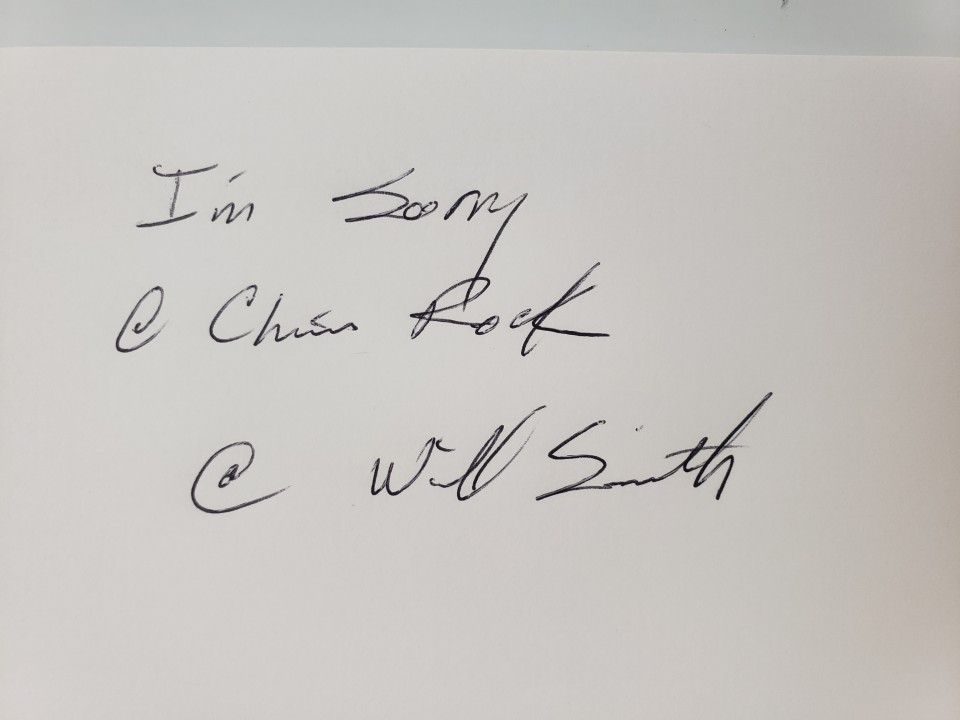 Elton John’s Sorry Seems To Be The Hardest Word is spot on. A certain celebrity turned boxer certainly knows this all too well – Will Smith breaks silence (back to Will in a moment).

I had another article ready to be published today until a monster of a guy with biceps as big as both of my thighs glued together almost “Will Smith-ed” me this morning when I accidentally cut in front of him in line at a Wawa convenience store to pay for my gas. He didn’t like that too much and let me know with a passionate and limited vocabulary of the four-letter words.

Everyone around me was shocked though at first, at least one person thought he knew me and that he was joking. He probably didn’t win the superlative for highest IQ in his high school.

Despite apologizing sincerely, repeatedly, and immediately (unlike Will Smith), muscle man continued to make comments and give me the evilest of evil eyes as he left the store. I pretended to be seriously interested in the Twinkie aisle until he was long gone. I also bought a can of spinach and a tractor truck load of muscle mass builder protein shake mix.

Chris Rock, I get you. I too was stunned as everyone around me was just as you were when Will showed his physical disapproval of a tasteless joke.

It takes just a moment to pause before you speak or act. I bet Will Smith wishes he had. I am not sure muscle man cared about pausing but I am glad I paused before I called him that.

A lot of embarrassing mistakes can be avoided simply by doing what may seem counterintuitive at the moment of frustration. Stop. Pause. Apologize. Show Empathy. Move on. Don’t repeat.